In time for the women’s month celebration in March 2017, Network of Socdem Asia has published the first issue of its Socdem Asia Quarterly journal this year with the cover title “Woman Empowerment and Gender Equality in Asia”. 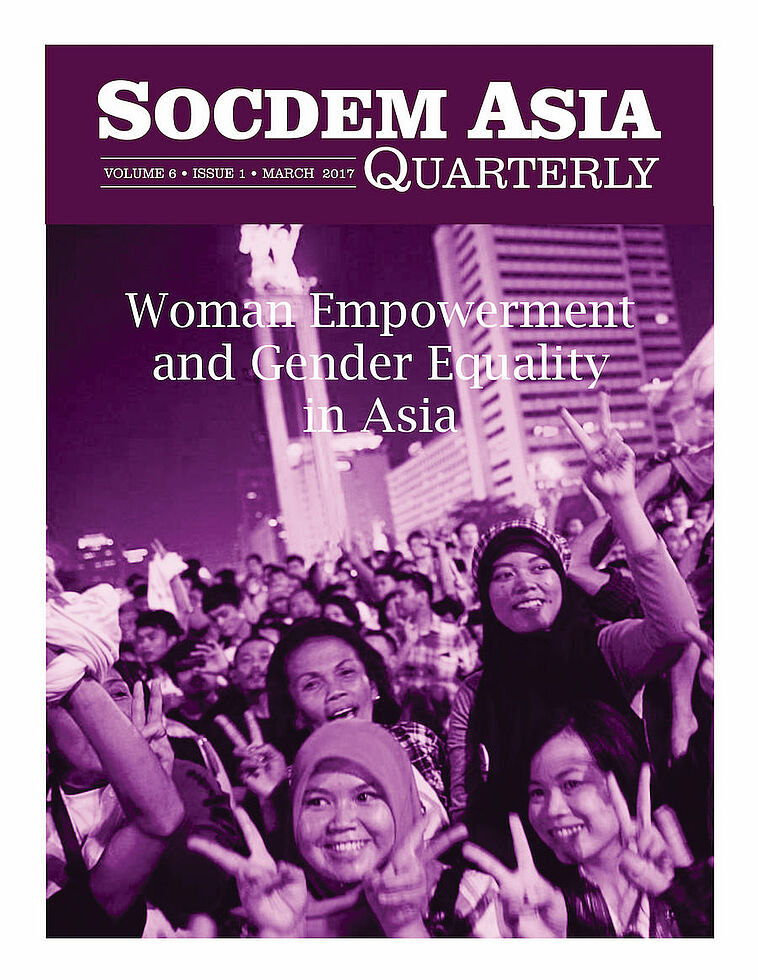 This issue is part of the output of the Socdem Asia Conference entitled Closing the Gender Gap which took place in October 2016, and contributes to developing and deepening the feminist discourse among the members of Socdem Asia.

The Issue highlights the voices of women in the struggle for equality. For this issue, the Quarterly brought together the insights of seven leading policy-makers, activists and academics from the Philippines, India, Nepal, Sweden, Malaysia and Timor-Leste to “assess the achievements of the feminist movement and corollary efforts at advocating gender equity in recent history, particularly in the context of Asia”. The aim of this issue is “to shed light on a series of policy proposals and advocacies to advance gender equality and women rights across the region and beyond.”

The SOCDEM Asia Network, together with Friedrich-Ebert-Stiftung, publishes its own journal – the Socdem Asia Quarterly, which aims to reflect the discourse of the network and leading intellectuals across the region and beyond about the most pressing issues for social democrats. The Quarterly discusses policies, perspectives and lessons learned from social democratic political practice in the region as well as reflections and experiences from Social Democrats worldwide. ###